God Emperor is a blood-stained fantasy Megagame of Power, Lies, and Regicide.

Ten thousand years ago, The God Emperor and his infinite army came down from Heaven. In a single night they took over the continent, slew the demon who ruled here, and built Mount Leviathan from its bones. He has ruled with an iron fist ever since: Perfect, infallible, and eternal. You know this because everyone says so, in public. There’s nothing to contradict it. He burnt all the history books.

Now, though, you hear the same people also whisper blasphemy: The God Emperor grows weak. He is seen little, and makes few decrees. Soldiers desert his armies. The old religions, almost forgotten now, are re-sprouting like trees after a fire.

You are a member of a Noble House. As the God Emperor rots, you have grown strong. Soon, this land will be yours. You will command armies. Make laws. Plot treason.

You will become God. 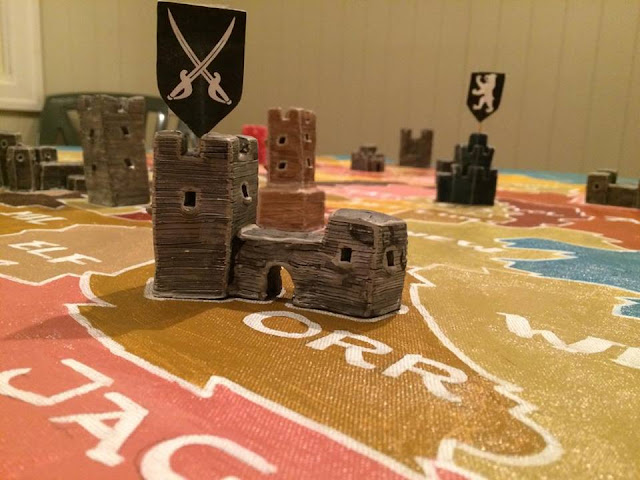 What is A Megagame?
A Megagame is like 3 boardgames mashed together into a grand strategy event for 50 people. You will join together with a team of 3-5 players as a Noble House, and plot, backstab and fight over the course of the day to topple the God Emperor and gain the Celestial Throne.

Each turn, your team will split up and try to grab power in one of the three core areas of the game: War, Politics, and Espionage. You get to choose which one to go to each turn. Each area is like a separate game which affects the Megagame as a whole. In between turns you will gather back with your House to Marry, hold Funerals, and Duel challengers to protect your family’s honour.

A team of control members adjudicate the rules and keep the game running - so you are free to come up with crazy ideas and wild schemes outside the rules, like in a tabletop RPG. You can see an example of a Megagame in action in the fantastic video below.

SU&SD Play... A Goddamn Megagame! from ShutUpShow on Vimeo.

Do I need to have played a megagame before?
No! On the day, we’ll run through everything you’ll need to know in person. We recommend you read the rulebook, but you don’t need any other knowledge. The rules of each individual area of the game are easy to understand - the trick is that they all combine together to make an epic experience. We've run two megagames before, and we're getting pretty good at it. 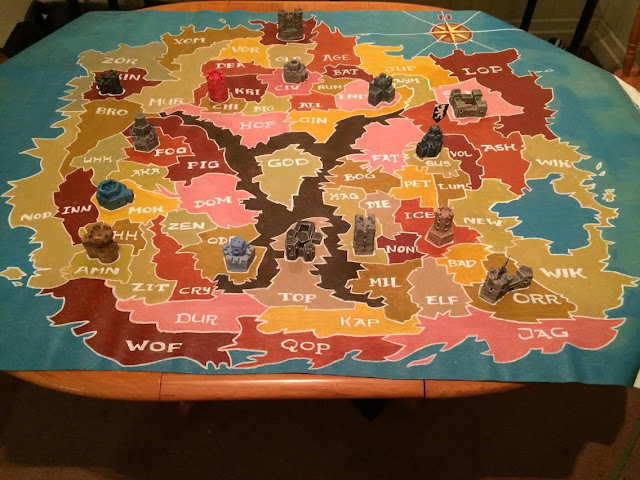 Will I need anything?
No! Food and a full copy of all the rules and components you need to play will be included in the ticket price. We'll send you a rulebook before the day. Costumes are encouraged, but not required.

Do I need a team to play?
Nope! We can put you with some other lovely people.

Do you need help making or running the game?
Yes please! Every bit helps. Here, fill this out: https://www.surveymonkey.com/r/5Q822DM

How do I learn about more cool stuff like this?
You can pre-register below, follow the Brisbane Megagame facebook page, or my old blog at http://rottenpulp.blogspot.com.au.

What's in that region in the center of the map?
It is forbidden to ask.

Why is-
It is forbidden to ask.

Click below to see how you can run God Emperor from your very own home!