God Emperor is a Megagame of treachery, politics and bloodlust for up to 45 players. We ran it last year, and it was one of the best experiences of my life. You can read the details here and also check out the article on Ars Technica.

Countless hours of playtesting, hand-crafting, graphic-designing and art-making went into this thing, and you can now get all of that goodness in one big package to run God Emperor yourself! There are two options:

Includes Digital images and PDF's of the complete rules (see the preview above), plus: 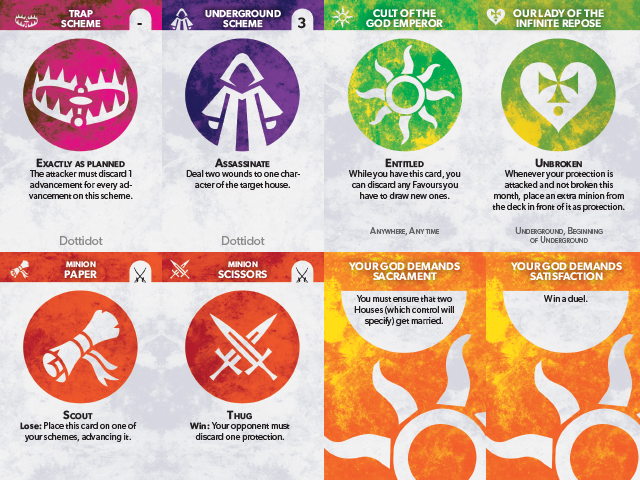 Previews of some of the Minion, Scheme, Favour and Quest cards used in the game.

I have to add—I've purchased and read the rulesets for other megagames like Watch the Skies, and God Emperor is *much* better laid out, both design-wise and for readability/runnability. I think you'd have a difficult time running something like Watch the Skies without previous experience, but God Emperor is vastly more readable and understandable. (Think modern board game rulebooks vs. old Avalon Hill titles.) The rulebook alone is probably worth the price, and all the other materials (which there are a LOT of) make this purchase a no-brainer. Definitely sets the bar for future megagame rulesets.

The components were a joy to deal with. Especially the Castles on the War Map and the Titan Masks (and the Emperors Mask). So good. Great job to the person/team who crafted all the components.

What I love about the lore of God Emperor is that it has such a deep feeling of myth to it. I don't even know if myth is the right word - it's elegant and deeply evocative.

The God Emperors court (while the God Emperor was alive) was my favorite part of the game. I just loved the drama and spectacle of it.

I’m still breaking into daydreams about the game on an hourly basis.


In addition to the digital files above, I can provide all the components which were hand-crafted for God Emperor. This option allows you to run your game with these quality components, before returning them after the game. It includes: 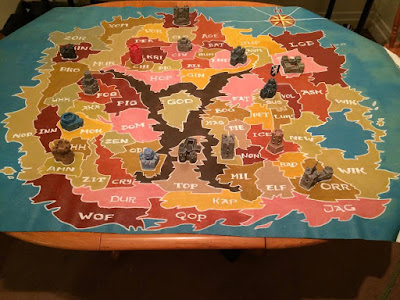 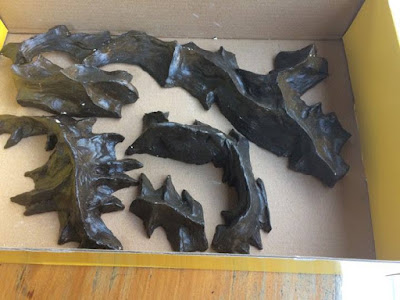 Hand-made clay mountain pieces for the center of the map. 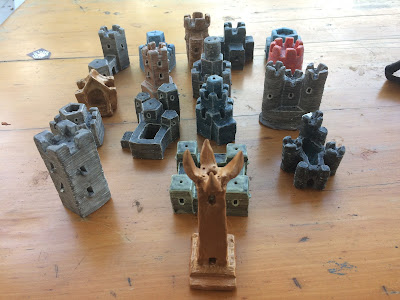 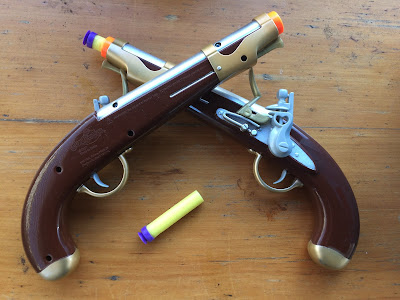 2 Nerf guns with darts for duels. 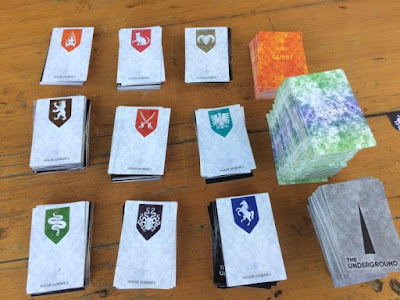 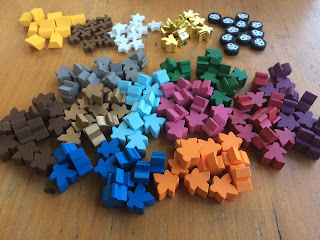 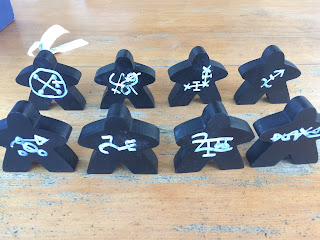 8 Titans - painted mega meeples with special abilities.
37 hand-molded and painted buildings, which can be built on the war map to give bonuses.
Includes flags for 9 houses to show ownership. 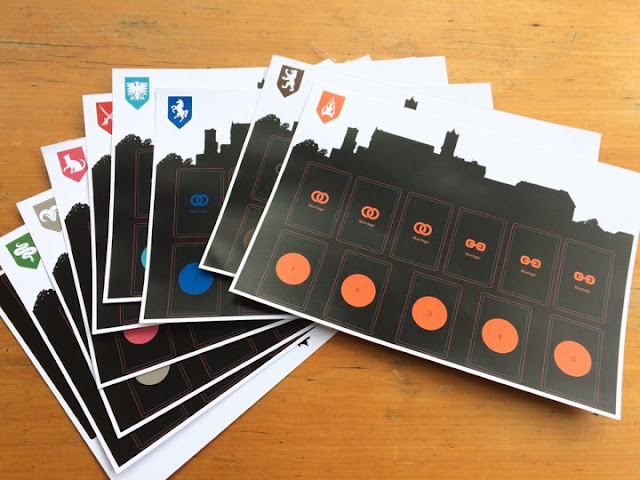 Home castle sheets for each house. 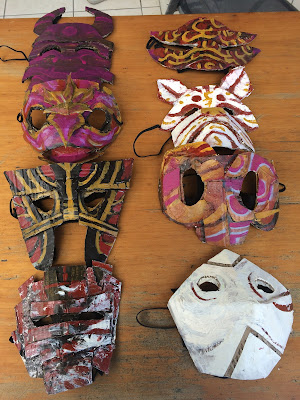 8 hand-made masks, which players can earn through quests and wear to be possessed by demon spirits which grant special abilities. Note: The masks are fragile and have taken some wear and tear.
Many of these components are hand-crafted and essentially irreplaceable. If you would like to use them I'd love to sort out something that works for both of us. Please contact me via email at jackmcnamee4@gmail.com if you are interested. You will still need to provide some components yourself, including poker chips or other tokens, some flags, and the rulebooks for players.